Wills and Probate in Genealogy 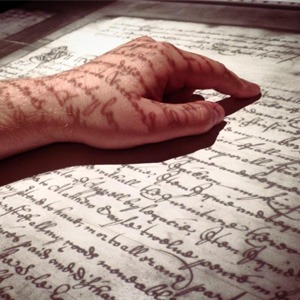 Professional genealogists get excited when it becomes clear that a client’s ancestor left a will.  Wills often contain lots of useful information.  They might uncover hidden family relationships or give details about land held by the will writer.  Some wills even tell of long-running family feuds.  In 1858 the government would establish the Principal Probate Registry with the authority to prove wills and grant administration.  Copies of wills from 1858 are available from a single archive.  Before 1858 probate was a matter for the Anglican Church.

Where to find family history wills

Prior to the days of the probate registry, a large number of ecclesiastical courts proved wills.  An executor of a will would consider a number of factors before deciding which court to apply to for probate.  Firstly, where did the testator live?  Secondly, what was the value of the estate?  And where did they hold their property or land?  At this time, England was divided into two regions called the provinces of York and Canterbury.  Each province had its own courts.  The main ones were the Exchequer and Prerogative Court York and the Prerogative Court Canterbury.  The University of York holds copies of wills proved at York.  The National Archives has the Canterbury wills.  Smaller courts also proved wills.  County record offices often have these wills.  For more information see Wills and Where to Find Them by J. S. W. Gibson or contact Heir Line.

The two provinces were made up of dioceses, archdeaconries and rural deaneries.  The will of a person with a simple estate, with possessions held within a single archdeaconry would be subject to the local archdeacon’s court.  But if they held possessions in more than one archdeaconry within the same diocese then the will was proved in a bishop’s consistory court.  People with possessions in more than one diocese had their wills dealt with by the prerogative court of the province.  Canterbury trumped York when possessions were held within both provinces.  Just to complicate matters, some English parishes and townships had special powers to prove wills at their own courts, known as peculiar courts.  But even if a person lived within such a place, their will still might have been proved elsewhere!

The Borthwick Institute at York has a large collection of original and registered wills for most of Yorkshire.  Most executors chose to have registered copies of a will made.  These are available to view on microfilm in the search room at the archive.  An exciting part of Heir Line’s work involves reading and transcribing original and registered wills written by clients’ ancestors.  We have solved many family history mysteries with the discovery of a few lines within a will.  We often find charming references – such as discovering the names of clients’ ancestors’ livestock.  One memorable 16th century will, written by a yeoman farmer from the wilds of the Forest of Bowland, left his youngest daughter a spotted cow.  He had named her Nightingale, much to our client’s delight!

Do you want to find out more about the wills in your family tree?

Our professional family historians will search through all the indexes of wills for the many courts in England.  Who knows what we might find?  So drop us a line with your query today.

Be sure to follow us on social media to keep up to date with all our latest family history news.

Google Rating
5.0
Heir Line Ltd
5.0
L. Boocock
16:53 01 Oct 18
I am descended from the Boocock's of Yorkshire. I contracted Heir Line to help me expand upon the knowledge I already had. The journey has been most interesting and I cannot believe how much I've discovered. Michael has been able to find out interesting details and context which have made my ancestors seem very real. He describes their professions, the places they lived, and produces documentation of his efforts. It has made me curious for more and i can't wait to walk the streets where my great greats once walked. Caroline has restored some of the photographs that have been stored in drawers for decades. Amazing to see them come alive again. Outstanding company and highly professional team. Wouldn't want to do this project without them. I'd recommend them without hesitation. Professional, ethical and a credit to their profession.
Jason Laycock
13:15 30 Sep 18
Michael & Caroline are amazingly professional and knowledgeable genealogists who have worked with me for the last 5 years in tracing my main family tree back to the 1590's. Their love of history reflects in their careful and sound approach to digging up properly referenced information for all their clients. They regularly up date on the progress of their work and provide well presented outlines of their findings for anyone looking into their family history.
Suzanne Patrick
06:11 30 Sep 18
Now on my third project with Michael, who goes above and beyond in searching out that hard to find ancestor. They even went to the trouble of taking photos of churches my ancestors had married in etc on their holiday. He always manages to find that obscure detail, however long it takes. No question you ask him is too much trouble and he is always prompt with a reply. My mum and siblings were thrilled when Michael found our Royal connections, especially the one to Princess Diane. I would highly recommend getting the bound book package, with added maps, it's well worth the extra cost. With much appreciation for the fantastic job you both have done and are still doing on this latest project.Suzanne. Melbourne, Australia.
John Wood
11:34 01 Oct 18
I would highly recommend Heir Line to anyone looking to trace their family tree or find out about the history of their house. Michael at Heir Line traced the ownership of our house all the way back to the late 1500s, listing each successive owner. Michael is always knowledgeable, helpful, and great at finding information that we didn't think even existed - he is now working on tracing the history even further back. In summary, if you need to research your house or family history Heir Line is the best around. John
Paul Heckles
21:34 14 Oct 18
I live in the United States and almost five years ago I asked Michael to help me discover and understand my paternal family's roots in Yorkshire. It's been a wonderful voyage of discovery, exceeding all expectations, and I highly recommend Michael to anyone searching for their roots in England. He has incredible knowledge of Yorkshire/Lancashire history and geography, and explains his findings promptly in wonderfully colorful language. His instincts allow him to see beneath the record itself to understand the hidden meaning or surprising explanation for things that happened 200, 300 or more years ago, insights that I could never have appreciated on my own. Many times I thought we'd hit a dead end, but Michael somehow finds a new source, or makes a brilliant new connection, to take us around the roadblock. My immigrant ancestor left Yorkshire in 1832, and his family and times prior to leaving his home, once lost to me and all his US descendants, have come to life in ways I would not have dreamed possible. Michael's a treasure - contact him, you won't regret it.
Marianne Greenley
03:07 23 Apr 19
I have been very pleased with the work that Michael has done for me researching my English ancestors. I am planning a trip to Northern Yorkshire to visit the area my ancestors lived in the early 1800s - Michael was able to go back several generations - and I have new places to visit! It is very affordable to purchase the 5 hour blocks of time - I highly recommend his services!
See All Reviews Write a review